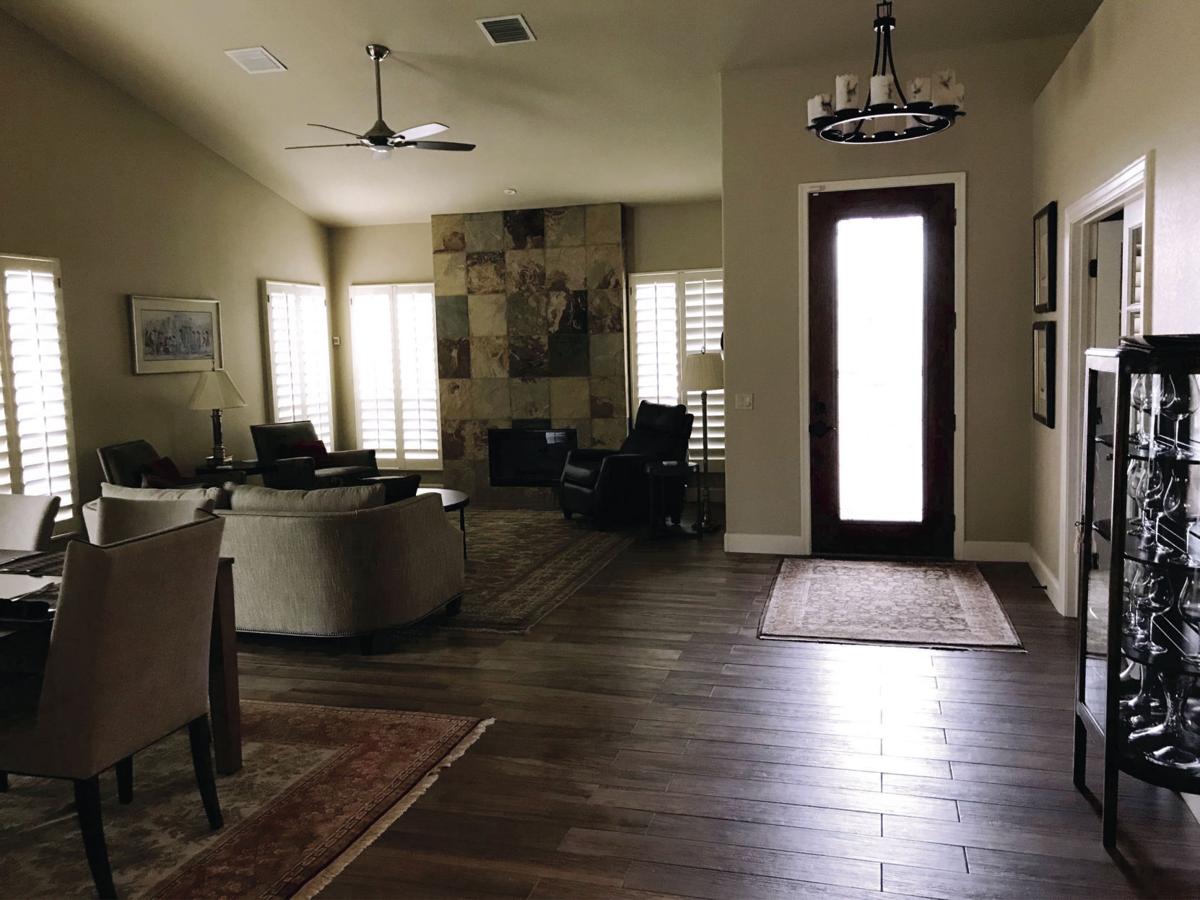 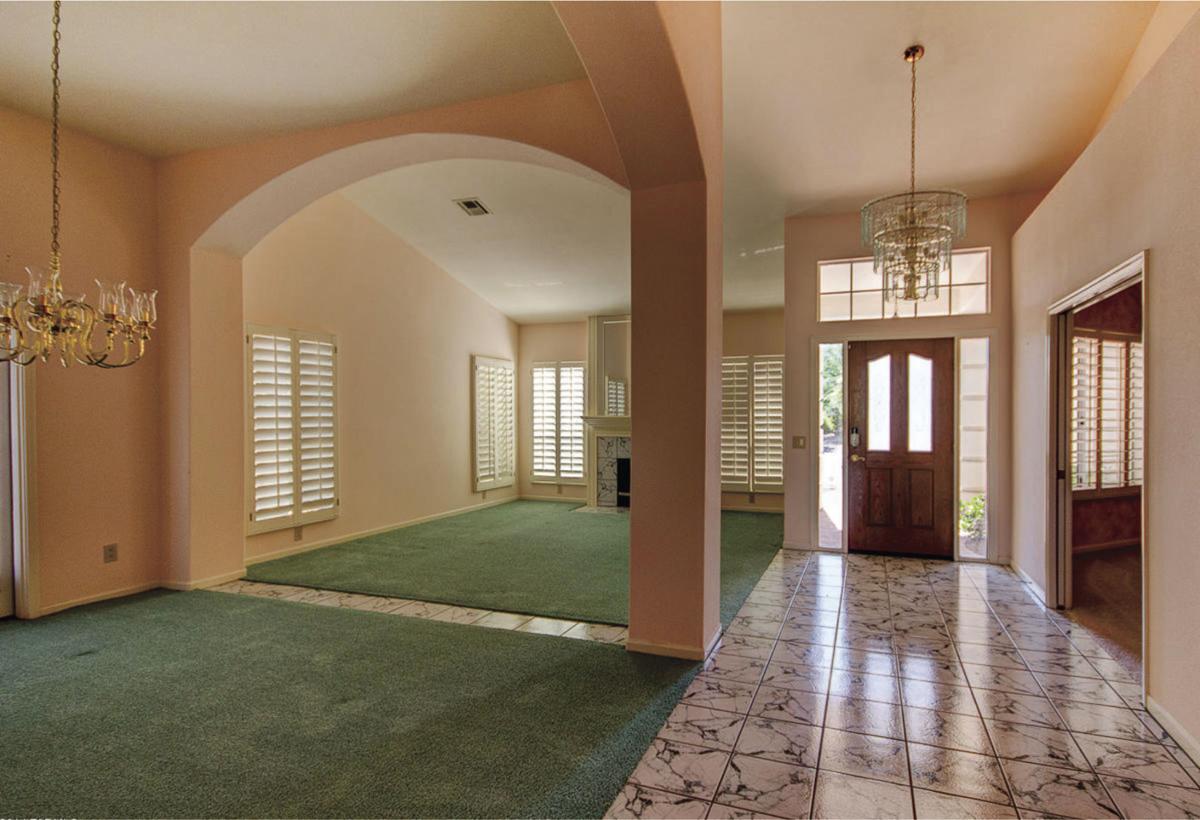 “What model did you buy?” is one of the first questions asked of new SaddleBrooke residents. In a population where residents move an average of three times within the community, model names are a common reference point. What hundreds of area residents discovered on the SaddleBrooke 2019 Remodeled Home Tour was that model names no longer sufficiently describe many of this year’s featured homes.

Eager ticket holders who lined up at SaddleBrooke Community Outreach at 1 p.m. Sunday, April 7 to get their just-released tour maps, were pleased to discover a stellar group of remodeled properties including six different single family home floorplans: Madera, Dakota, Galleria (1-story), Diego and Estancia; and one Villa, a Naples. Tour participants were invited to visit the homes in no particular order and learn from the homeowners and volunteer docents about each home’s renovation.

While homeowners of two of the homes on tour (Madera and Naples) served primarily as their own contractor; the majority relied on a general contractor to plan, schedule and oversee the work of employees and subcontractors. For those who employed contractors, remodeling went beyond changing flooring, countertops and cabinetry to changing the home’s footprint with wall removals and space additions. Contractors represented on the 2019 tour included Northwest Builders (Diego), SaddleBrooke Remodeling (Dakota and Borgata) and Interior Trends of Tucson (Galleria.)

Along the way, tour participants gained ideas and the inspiration to take the remodeling plunge themselves. Tour homes showcased local interpretations of many national home remodeling trends.

Open-plan living continues to be one of the biggest home trends in recent decades. Indeed, knocking down walls can create a sense of space, light, sociability and fluidity that many of us love. In SaddleBrooke, open concept does not necessarily translate to contemporary design nor the eradication of living and dining room spaces, but rather, a desire for less wasted space and greater communal flow.

The tour’s Dakota exemplified this trend with the removal of walls to create a great room space encompassing the formerly divided kitchen, living and family rooms. Likewise, the Borgata and Diego floorplans were both opened up with the removal of non-loadbearing walls, leaving a space with cleaner lines. In the Diego’s case, an eight-foot extension of the house’s southern side created a larger and lighter space for a true Chef’s kitchen with a large walk-in pantry, hooded range and a massive island.

In the Borgata, the removal of arches that separated the living room, dining room and entry, along with the removal of the dining room’s false ceiling, allowed the vaulting to continue unimpeded from the living room to the midline of the home where the ceiling rises to an impressive 20 feet. To the other side, the kitchen’s soffits and false ceiling were removed to similarly heighten space.

Trendy nationally, ceramic and porcelain faux flooring that looks like wood was utilized in many of the tours’ remodels. At the Naples villa, tour participants were surprised by the handsome look of the townhome’s wood-look vinyl flooring. Technology has given some vinyls a whole new luxurious look by superimposing photos of wood onto vinyl flooring “planks.” Homeowners can enjoy a significantly less expensive flooring option that many find more comfortable underfoot, given that it typically installs over a foam layer.

While outdoor living is popular everywhere, SaddleBrooke residents are among the best at beautifying their outdoor spaces and turning their backyards into second living spaces complete with outdoor kitchens. Two of the homes on tour, the Diego and the Estancia, each had a long, undulating pool enhanced by a waterfall. Although neither homeowner had built their pool, both had done much to upgrade their hardscape and landscape to better showcase it.

With the national home remodeling industry increasing by 30 percent over the past five years, local residents appear to also be rapidly catching the home remodel bug. SaddleBrookers’ desire to stay put in their established community, combined with a shortage of resale inventory in SaddleBrooke, along with the high cost and long wait for new home construction, has resulted in a flourishing home remodel business in the community with no end in sight.