AS SEEN IN SADDLEBAG NOTES - MAY EDITION

Presenting one of seven homes featured in the 2018 SaddleBrooke Community Outreach SBCO Remodeled Home Tour held Sunday, March 11 to help fund SBCO’s programs that greatly benefit youngsters in nearby communities. If you are interested in participating in next year’s Remodeled Home Tour as either a homeowner or a volunteer, please email Trish Parker at patti.parker@gmail.com.

Over her ten year real estate career, Jo Parsons assisted innumerable clients with her knack for reenvisioning floorplans. A recent downsizing move from a Dakota to a Portofino Villa became Jo’s most recent challenge: to make 1568 square feet perform and feel much larger. Tour attendees were amazed by the resulting expansive feel of the Parsons’ villa renovation.

After two large-scale renovations of their prior SaddleBrooke homes, Jo and Jim Parsons entrusted James Widdows of Northwest Builders with the remodel of their villa in HOA 2. “The nice thing about working with James is that I can give him a rough sketch of what I have in mind, and he can understand where I’m coming from.” Although what she conceptualized wasn’t always possible, Jo said, “the result was always what I anticipated it would be.” 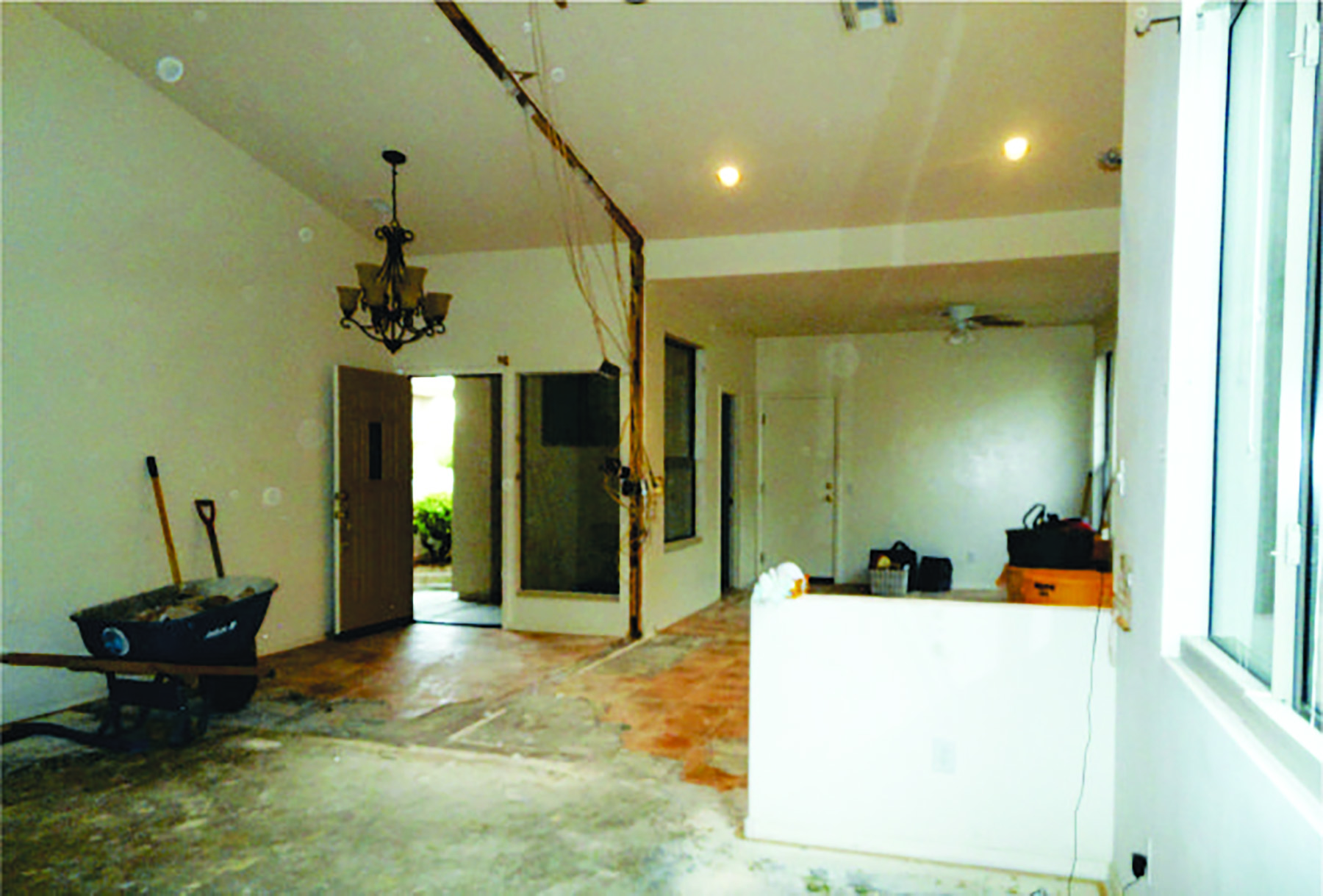 Terming the former 7 x 10 foot entry hallway of the Portofino’s floorplan “a dark, waste of space,” Parsons had the hallway wall removed, opening up the floorplan and allowing for a more appealing sight line to the mountain view behind. Hand-scraped engineered wood flooring was installed over foam padding throughout the main living spaces and bedrooms. The house was painted in a two-toned palette of a taupe-gray and warm cocoa brown that complement the tones of new Cambria© countertops, and fireplace surround stone. The Parsons found design assistance from Josh Ganote of Red Earth Tile & Stone and the resulting selections lend cohesion and openness to the new great room space.  “He also had the best floor product and pricing I found,” said Parsons of the home’s handsome new wood flooring. 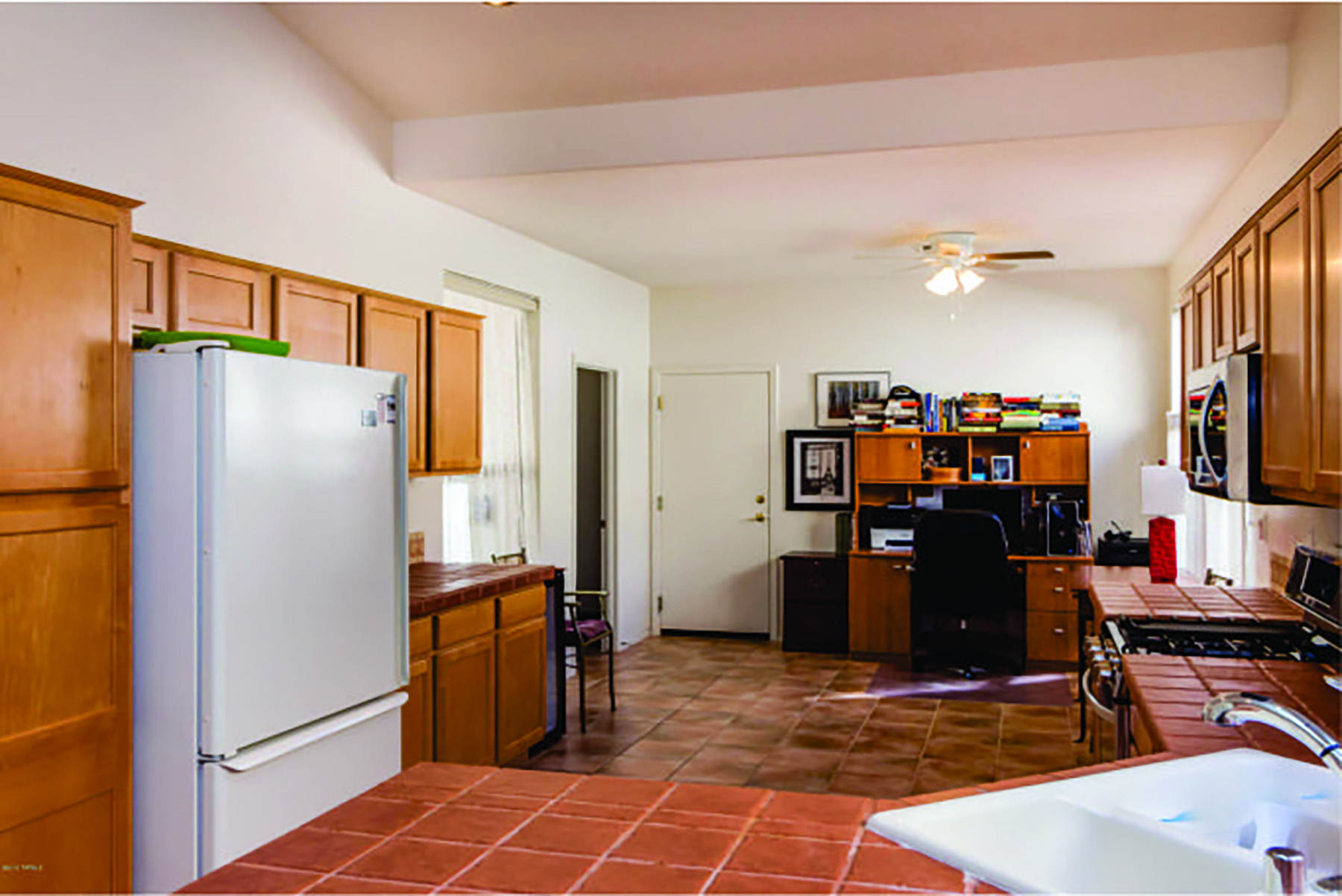 The home’s former cabinetry was entirely replaced with an elegant mix of crème and black. The kitchen cabinet space lost to the entry wall removal was more than compensated for with the addition of a new Cambria© island to the side of the sink, extending six feet longer and two feet wider than the original countertop. A new chef’s island provides an effective work triangle between the sink, cooktop and relocated refrigerator. The kitchen nook was enhanced with a beautiful built-in butler’s pantry, while the use of a stacking washer and dryer in the adjoining laundry room provides space for a convenient bar area with a wine refrigerator. 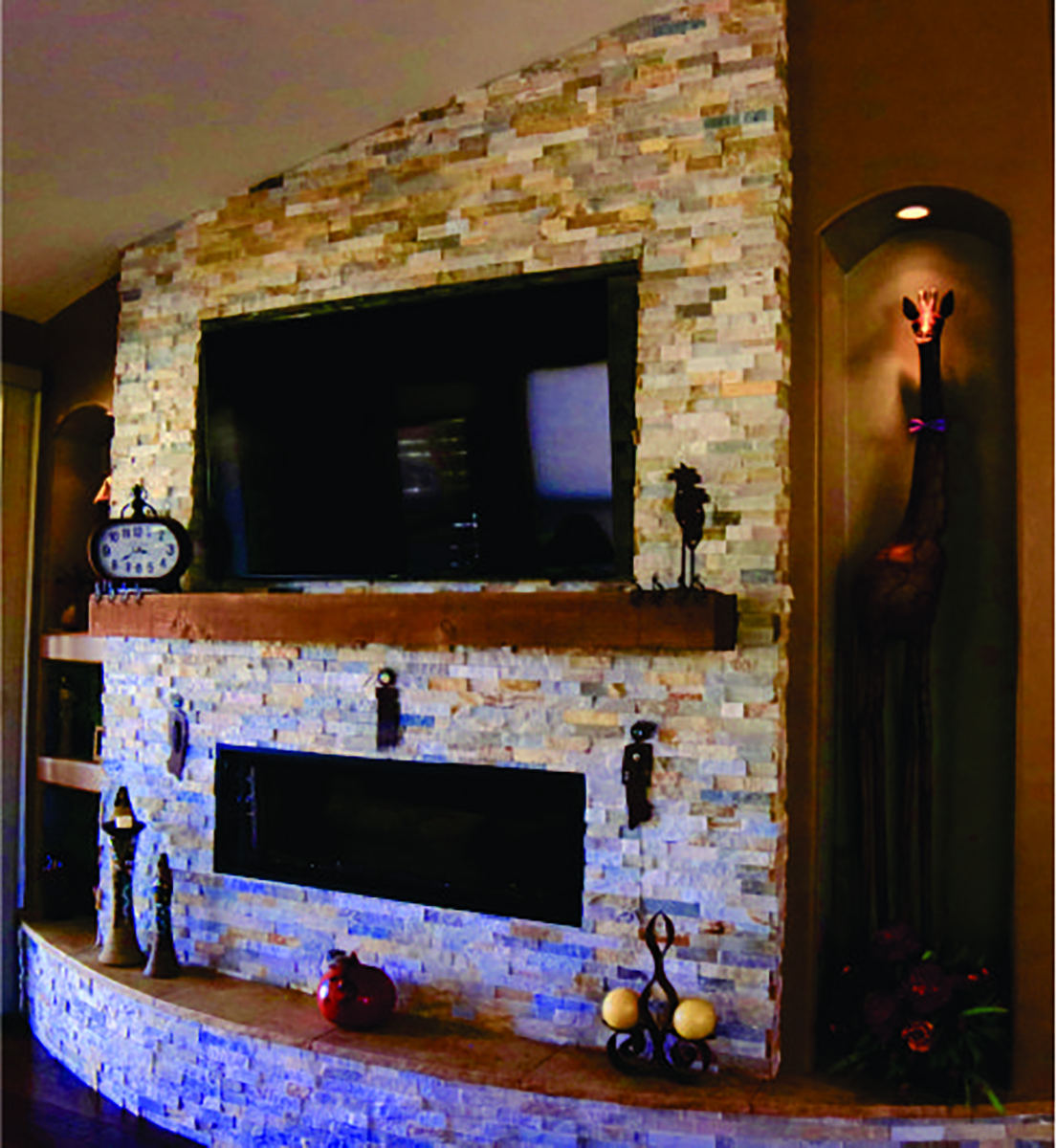 Additional upgrades include bathroom remodels with door-less walk-in showers and a striking new built-in entertainment wall with floor to ceiling stacked stone footed by a semicircular hearth and flanked by arched lit niches. A wood beamed mantel divides the space between the wall mounted television above and electric fireplace below. The fireplace, from Earth Energy’s Hearth and Patio, produces heat and a stunning show of color-changing LED flames. The Parsons effectively expanded their square footage beyond the home’s wall by having Screens & More screen in their covered patio—now a favorite spot for morning coffee and expanding the brick patio out to the twenty foot depth and span of the width of the back of their house as allowed by the Villas 2 HOA. At the patio’s boundary, a row of tall high-fired glazed pots with metal sculpture agaves from Pottery Fiesta create an artful privacy screen. 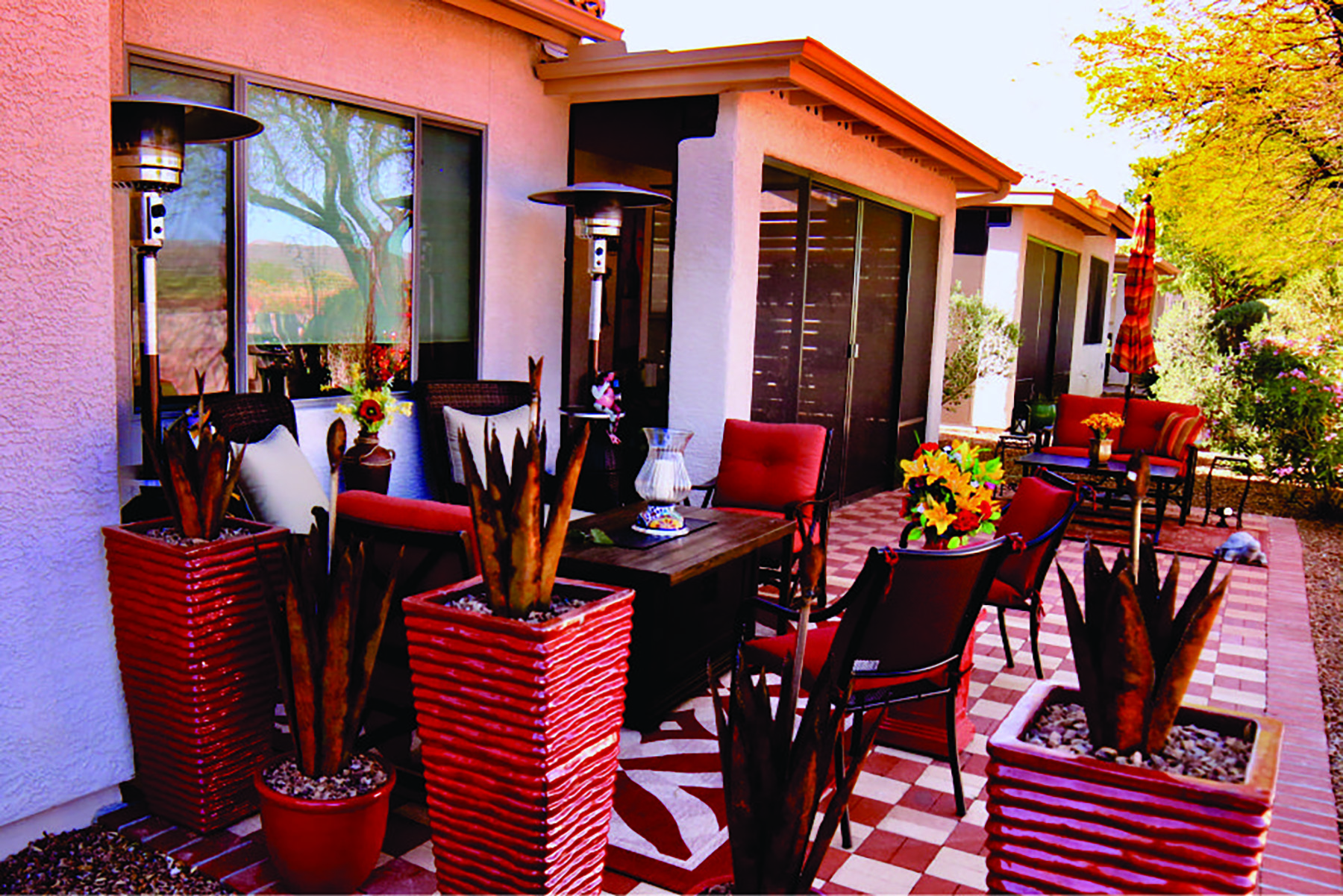 Excluding lighting, fans and a security door, the final cost of renovation of the Parsons Villa cost approximately $120,000 and the job was finished in 8 weeks, one week ahead of schedule. After experiencing three major home remodels, the Parsons’ primary advice for those considering home renovation is to hire a contractor who you connect with and to move out until the home is redone. “Make yourself indispensable to your contractor but let him do his thing, stop in from time to time and keep a full cookie jar handy for the workers!” advises Jo.

Note: Next month’s issue of SaddleBag Notes will feature the remodel of a Galleria floorplan